Africa Twin Across The Outback 2017: Day 7 – QLD/NT Border to Atitjere

Day 7: Update for yesterday – Odometer 16647km. So if I don’t either fall or get bogged, then it must have been planned that I get a flat front tyre on the most remote “highway” ever, by the powers that be! Highway strictly by name only, the Plenty Highway is an interstate route that is made up of massive corrugations and potholes covered with inches-deep bulldust. Pretty much as bad as it gets for one road.

Rookie mistake #7: Being prepared might simply not be enough. Luck may play an essential part of your journey when things grow worse than you would have expected.

Waking up to a new day in the outback, I am greeted by clear skies, a pleasant breeze and a sunlit horizon. This time, however, there was a distinct twist to the usual road-tripping regime: a flat tyre to repair before I could start my actual day on the road.

As stated on the blog for the previous day, my progress to the state of the Northern Territory last night was dampened by a flat tyre which I decided to leave for repairs until the next morning. Despite the misfortune, my enthusiasm to continue the night’s ride remained unabated and I had managed to make it to the finish line for the day at the NT/QLD border, literally by walking the bike over several kilometres of gravel trails for what seemed like an eternally long time.

I never had envisioned myself to be repairing a flat front at a remote border crossing, but here I was in the outback of the borders of Queensland and the Northern Territory. Regardless of the doings of my apparent nemesis of the moment, that is Mother Nature, throwing havoc as I travelled in search of civilisation in the desert, I remained steadfast with my efforts, centring my efforts on getting myself back on the road as soon as possible before the merciless outback climate returned to heat things up. 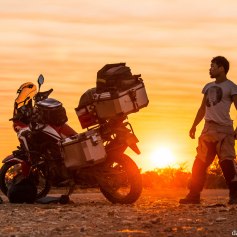 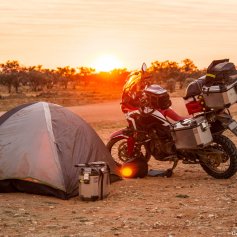 I had all the tools that I needed to have the tyre tube replaced. Pair of tyre irons to remove the tyre off the wheel rim, a foot pump to inflate the tyre and a ratchet strap to tie down the opposite end of the bike to prevent the other wheel-less side from toppling forwards. Most importantly, I had a small package that contained my brand-new, heavy-duty tube to replace the punctured 21-inch stock rubber. 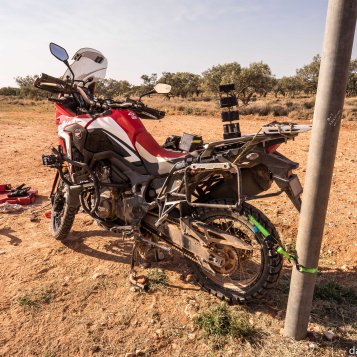 Bearing in mind that this was my first-ever puncture with a tube tyre, the pressure was on to me to make sure that I went with the tube replacement correctly. If this doesn’t work, I’m stranded. I completed the whole replacement process, ensuring that the tube weren’t being pinched between it and the wheel rim, attached the wheel back on the forks of the bike and inflated the tyres back to its ideal air pressure. Yet, it seemed that Mother Nature wasn’t so eager to let me off so easily. 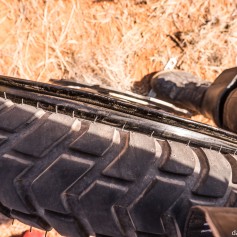 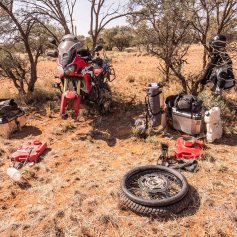 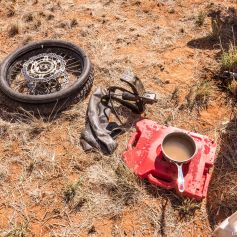 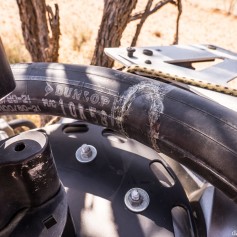 Just when I thought everything was well and dandy, only just after a kilometre of riding, the front tyre got deflated again. Was it another puncture? I had no choice but to repeat the tube repairing process, detaching the wheel, removing the tyre off the rim; a process that was a horribly taxing chore repeat again. Upon closer inspection, it seemed that the brand-new tyre tube was, in fact, not a new tube but one that was totally faulty with a slash through the rubber!

I tried my best to patch up the puncture hole on my original tube as the supposed replacement was totally useless at this point. Now thinking that I had seen the worst of the moment, I reached out for the foot pump to inflate the tyre. Within five or so pumps, I knew that something wasn’t right. The outback bulldust had infiltrated the rubber gaskets of the foot pump and have tore through the seals, rending my efforts as totally useless! I was left with a repaired tube, but with no air available to force into the wheel. I was back to square one… 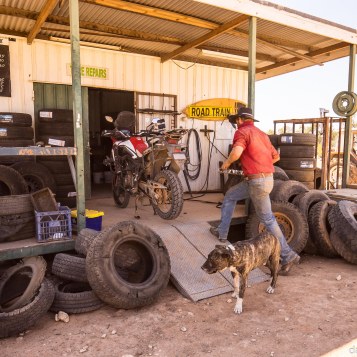 To my favour, there was a roadhouse-style station that was situated not too far from the border where I was at. However, with a deflated front tyre with a substantial luggage heft being lugged on the rear of the bike, my balance was totally off and it was near impossible to ride the bike without having both feet on the ground at a walking pace. There was another dilemma that I had to potentially face: Does the station actually exist and is it still operating?

I wasn’t totally sure in regards to the existence of Tobermorey station, because conflicting reports online have suggested that it was closed down, yet other sources state that it was open. To my absolute relief, upon arrival at the property, the sight of running lawn irrigators and the sound of noisy machinery in the shed signified life. The price list on the shed that included tyre repairs was when I no longer felt so vulnerable any longer. I was safe for now. 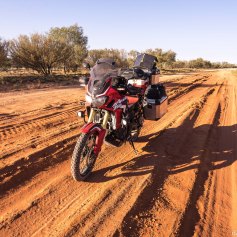 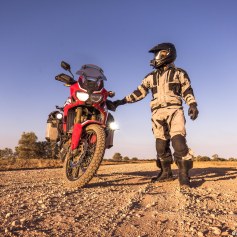 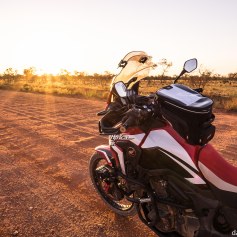 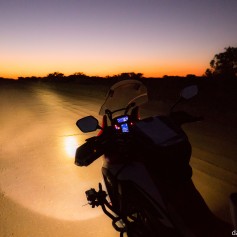 Everything that I needed to progress after this point at Tobermorey station was obtained. A nap, meal, a genuinely-new tyre tube with sufficient air and renewed morale, my job from here onward was to remain inflated in my two wheels, to stop dropping my bike and to simply make it safely to Alice Springs, my checkpoint back to civilisation.

It is interesting to note that I felt that I was ready enough for a tyre puncture. I had the tools to overcome such a situation, yet something as simple as a cut in the replacement part had threw me off and caused me to lose a large chunk and money out of my day. It goes to show that being prepared in itself is not enough. Further diligence in checking both the usability and reliability of every single piece of equipment that you take with you is highly imperative.

On the other hand, luck can play a significant part in your life when all else fails. Coincidentally, my journey failed at one of the most remote and isolated parts of the country. Ironically, my mishap occurred so close to a roadhouse that I really was absolutely lucky. I hope that I don’t need to rely on such luck again in the near future on two wheels but, for now, the stars above had aligned just enough for a higher power to intervene and ultimately save me from the deadly grasps of Mother Nature. 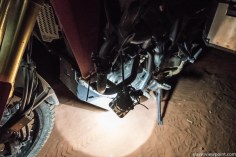 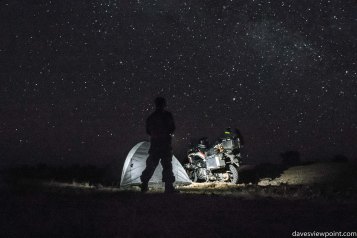