6th of June, 2018. Rain and thunderstorms for the majority of the day, as I ride from Prague to Budapest via Vienna.

I really enjoyed my time at Prague, particularly because I took a very slow approach throughout the stay in the city as opposed to the tiresome 500 km days that usually plague the majority of all the road trips that I’ve done as a travelling motorcyclist. The weather has been excellent in the past few days since leaving western Germany, and I was fully rested up to take on a proper day on the road. Next stop, Vienna in Austria. Before heading across into Austrian soil, I made a quick detour to Brno, a southern Czech city which is the largest in the Moravian region of Czechia. Historically, this eastern Czech region has been a distinct subgroup as opposed to the western part of the country known as Bohemia which is home to the Czech capital, Prague. Wherever you are on the national highway, however, there is no mistaking that this whole country is one Czechia, with every few kilometres of a stretch of highway lined with large billboards of the national flag.

Leaving the sunny and dry Czechia, it seemed that Austria wasn’t that keen on making the journey an easy one. I stopped at the first servo in Austria to fill up, and some random middle aged guy gave me a biker-themed Bible. It may have been a sign of tribulations to come, because the rest of the day was complete dog shit. With the impending storms, there was not much time for me to explore the Austrian capital. Arriving in the centre of Vienna in peak hour traffic in the afternoon, I simply wanted to leave as soon as I arrived. Heavy traffic is the air-cooled R nineT Racer’s Achilles heel, and the bike needs plenty of cool air for it to operate without any faults. If I wanted to see traffic jams, I could just go back to Sydney and relish in all its congested greatness. 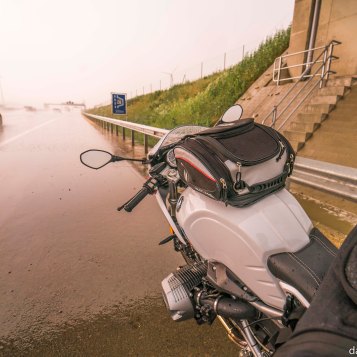 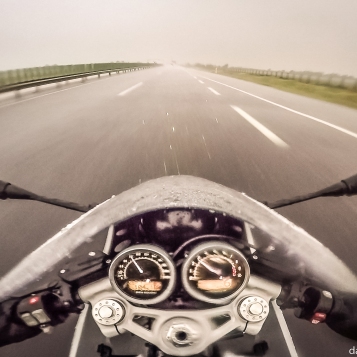 As I had to make it to my booked camp site in Budapest on time, I had to continue on with my way towards Hungary. With storms across Austria and north western Hungary for the majority of the remaining evening, I was keen on stopping for a helmet break, but fiddling with rain soaked moto gear is the scungiest feeling ever as a rider. Thus, I made it from Vienna to Budapest with my arse glued to the seat the whole way. There’s been better days. 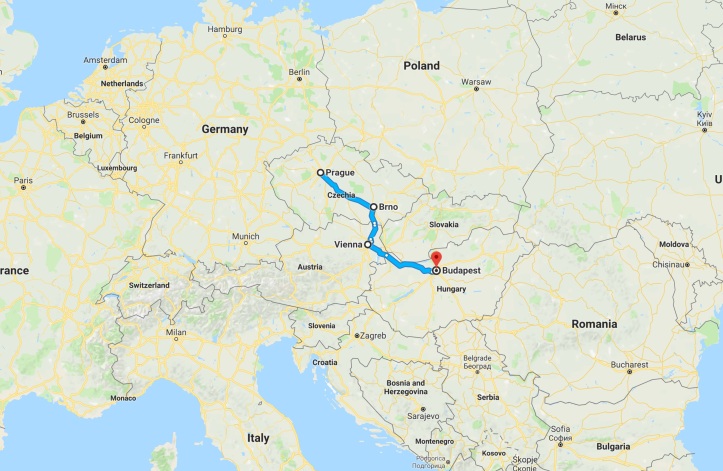