Over the weekend, I decided to join a group called FNR (Friday Night Riders) on a run to one of the most popular roads used by many motorcyclists: the Putty Loop, as it is popularly referred to. This ride was organised in line with the timing of the group’s first anniversary, and marked as a flag raising event at the Grey Gums Cafe, where dozens of other motorcycle group flags stand tall and proud. This post will be the first of a two-part episode, where the Putty Road section will be covered.

Who are Friday Night Riders? They are a social motorcycle group in Sydney, formed originally in the beginning of 2015 by Richard Harrowell of the Northern Beaches of Sydney, with the intent of providing a family-like atmosphere amongst riders who aren’t just together to ride but to also personally mentor and encourage the development of safer riders and meaningful friendships that last. The group sets off on their regular meets every Friday evenings, as the namesake indicates, but also emphasises both motorcycle and non-motorcycle related activities together as a way to differentiate from other social motorcycling groups.

On the photography side of things, I explored the use of deliberate overexposure. In the past, I generally leaned towards a lower-exposure style with a higher aperture to present a more defined image for both subject areas and the background. For this time, I maximised the bokeh whilst relying solely on manual focus to compose the photographs, and increased ISO where required for a style that alludes to a blown-out exposed shot.

The Grey Gums Cafe is located near the small town of Putty, sitting prominently on Putty Road. The cafe serves as the only proper rest area for motorists, particularly motorcyclists, between Windsor and Singleton. Due to the remoteness of the region, the roads surrounding the cafe is synonymous to motorcyclists as the venue of quintessential Sunday morning rides. It’s a bustling atmosphere to be part of in the weekends, and for good reason.

It is no surprise that the cafe has become somewhat a melting pot for motorcycle enthusiasts, where sport bikes, dirt motards, cruisers, cafe racers and adventure tourers all congregate. The countless flags of a wide variety of motorcycling groups which line the large unpaved driveway is a gallery that is symbolic of the vibrant riding culture that exists in Sydney, which is arguably much larger than any other major city in Australia. 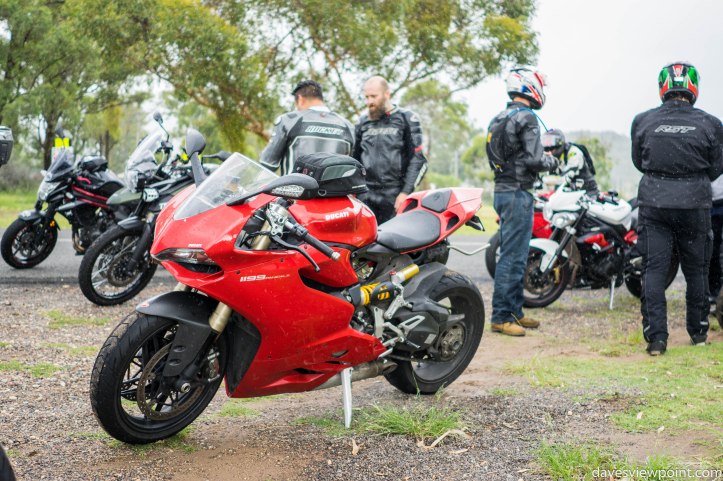 Whereas the section between Windsor and Grey Gums consist mostly of open curves, with exception to the fantastically-smooth, twisting tarmac of Colo Heights, the northern part of Putty Road is a corner-loving rider’s wet dream. A plethora of surfaces of mixed grades will surely eat up your rubber as you challenge yourself, carving the inside apexes, and attempt to expect the unexpected cambered turns. A mixed bag of increasing, decreasing and constant radius corners will delight (or, for the inexperienced, bring up a cold sweat of) those with a willingness to rid new tyres of their chicken strips. It’s massive fun, but it’s also a dangerous one, only because the road beckons you to take it further. Greed will serve either as your joyful elixir of life or a doomed path of exile in the race that exists only in your head.

Later in the morning, rain dampened our adrenaline-filled selves as we reached Broke, settling in for a moment to bring our minds back to our mortal state. We’re only halfway at this point, but another whole level of backroad madness awaited us up in the horizon that is Wollombi. 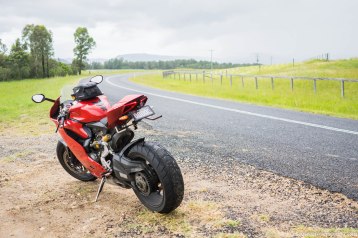 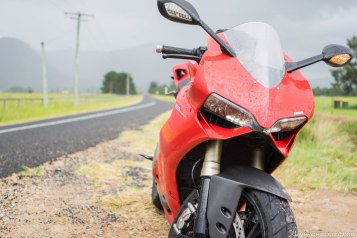