Made it to my first major checkpoint of this trip: Athens! This was a crucial part of my run in Europe. Firstly, it meant that I could finally change out my unsatisfactory stock tyres, replacing them with a set of the latest Michelin Pilot Road 5 that were fitted by the aptly-named “Tyre Shop” located in the heart of the city. Ultra quick service, instantly tending to my needs as soon as I arrived at the shop.

Secondly, and probably most important point: the fact that I made it all the way down from Germany to Greece without a single incident was a point for one that I was grateful. I had to be totally focused on getting many things right at once, aspects that I took for granted in Australia because I was already used to them all after over 10 years on the road. Getting used to being on the wrong side (the right side) of the road, observing road signs that all look ambiguous to a foreigner like me and just generally handling the fatigue and tiredness that comes from riding long distances on probably is the most unsuitable bike for such purpose from the BMW motorcycle lineup were some of the many aspects that I had to manage on the way. These are all factors that could have played havoc on me. And it has, in a way. I’ve had a few spine-chilling close calls in some of the crazier traffic conditions in parts of the east, I am excruciatingly tired from sleeping at servos for just a few hours at most for 3 nights so far over the past two weeks, my back and arms are ravaged due to the stupid riding position of the R Nine T Racer, and the heat is just killing me. Personally I think anything over 30°C is really uncomfortable with any sort of moto gear on.

My stay at Athens would not have happened if it were not for the kind help of Theodora, who brought me food and even a bottle of water after remarking that the tap water, although drinkable, tasted, well.. different. I was even gifted with a roll of adhesive plastic wrapping when I said that I should have covered up my tank surface before it got totally scratched up! Many thanks for the hospitality, and also for also hooking me up with a few local riders who invited me to a night of hooning to an undisclosed location. Unfortunately, I had to decline that offer. I was extremely tired. This old man needed a full and complete night’s sleep. I do admire the friendliness of the Greeks, and I’d love to visit for a second time in the future, especially now that I have friends to see again. 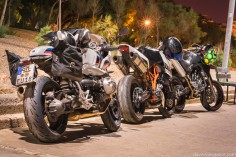 Despite my challenges on the way to Greece, I made it in one piece. I am grateful for what I had experienced so far for this trip because it meant that I had a stronger faith that I could make it through the rest of my 2-month speed date with Europe. However, this was not the time to become content and complacent. Athens is but only one of many checkpoints of this journey across Europe. I’ve still got a hell of a long way to go before reaching the finish line. Note: Toll expenses may be inaccurate. All due care had been taken to record every expense within an acceptable timeframe. Unfortunately, I only had recorded my expenses after the completion of the Europe tour and receipts were printed in the local language, so various items categorised as “toll” may also have been a sundry item such as food. 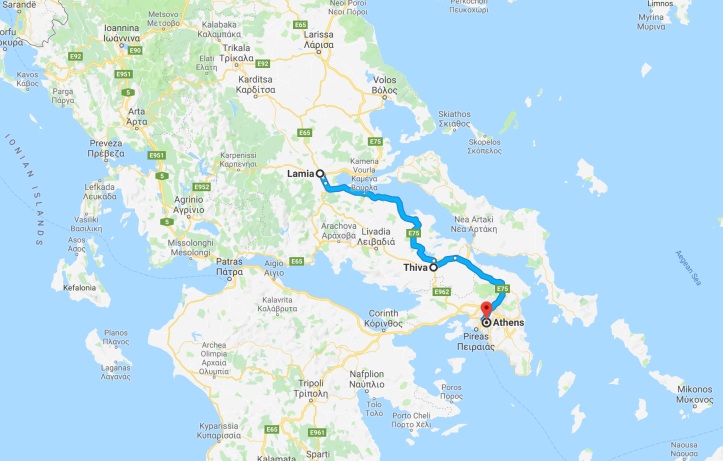