Day 24, 21/06/2018. Another day, another adventure. Off to the next major destination, Nordkapp via Saint Petersburg!

Less than 24 hours later, I have again given up any chance of getting too comfortable at home, choosing to embark on new roads. It was particularly difficult to leave, though, due to the massive drop in temperatures, going down from a summery 30°C, to a max of 17°C accompanied by chilling winds and dipping to just 10°C later in the evening.

That didn’t stop me from camping at a closed, abandoned highway truck parking lot, the tent working surprisingly well to insulate the interior from the cold. This day was the first time that I made use of the BMW’s heated grips and I am now a huge believer in them! All my previous bikes have not had this feature so, until this instance, I’ve always just held on to the belief that I should simply soldier on with freezing fists on grips. Such was my mindset that, out of habit, I placed my gloves over the engine cylinders to have them preheated, almost forgetting that the heated grips will negate the need for such a thing!

Now in Berlin, it is a great pleasure to be in a city of rich architecture and historical significance. I’d love to return some day because I have barely got down to the nitty gritty of the more interesting stuff, but of course I will have to move on very soon. I have a very long road ahead; the north-east is calling! 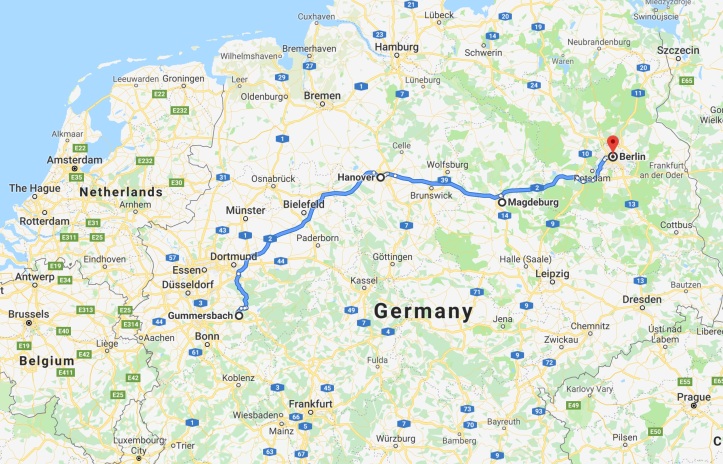