Bike Life: Swapping the Pani for the Tuono V4 – Part 2

What a week it was on the Tuono V4! Handled like a welterweight, punched out of corners like a heavyweight, and doesn’t mind doing so for endless hours. A hugely fun package, if there’s any bike out there that screams the ultimate riding experience, without the strained back at the end of the day, I don’t think the Tuono v4 would be overlooked too easily.

First thing to note: There were a few aspects of the Tuono that I couldn’t really get over. One of them was the presentation of the LCD screen on the dashboard. I felt that the more crucial information, such as the gear indicator, could have been designed to be more of a standout. Apart from the speedometer reading, which is displayed sufficiently large enough, the rest of the values that are displayed are in the same miniscule font size. Even after a week of living with it every day, I felt that at least the LCD screen could have been larger so that information is more legible whilst on the move. It doesn’t help at all that there only appears to be a light contrast between text and screen at night, which made things even worse for viewing. The fact that even the newly released Tuono 1100 and the RSV4 has kept the same cramped and outdated layout, I feel, is a missed opportunity in a market that is quickly shifting to a large and full LCD dashboard, such as the Yamaha R1.

Although the Tuono is categorised as a standard-style naked bike, it feels more like a superbike with taller handlebars and a few missing fairing bits. This means that it also has the inherent downfalls, which means a terribly wide turning circle. Together with mirrors that don’t fold, and a body that has a relatively tall centre of gravity, it makes for a chore for daily commuting. Filtering on the Panigale is a breeze compared with the Tuono.

The front brakes felt quite strange with a slightly spongy sensation. Initial application of front brakes would arrive cautiously, like a cat which would apprehensively paw at a puddle of water before walking across it. There’s not much decisive anchoring action until you push at it a little harder, which is when the bike acknowledges that it should slow down. But the brakes overall proved themselves to be powerful once I had become accustomed to the feel, in combination with a relatively bitey rear brake, of which don’t have too many qualms.

If the feel of the front brakes left me wanting a little more, then I did not think I had to worry too much about the clutch. However, I found that the levers lacked any sort of adjustability on the clutch side, and also looks and feels cheap, which I find to be an unforgivable sin for a bike that costs over $20 grand. Past that price point, I do expect something that small and, quite frankly, not a very expensive item to manufacture, to be a standard-fare item. I would encourage anybody who owns the Tuono to fit aftermarket adjustable levers that would only cost around $100.

Start up the engine, however, all these little niggles dissipate to irrelevance. I turn the ignition key and hit the start up, where the 998cc V4 powerplant springs to life. It’s smooth engine is a reminder that this is a four-cylinder motorcycle engine, while the rumble that exits out of the exhaust is a stark indication that there is a V-engine configuration in between the polished aluminium frame. The angry, offbeat idle is just a glimpse of the rage that resides within. Apart from the Yamaha Crossplane inline-four, in my opinion, there is nothing out there that matches the aural presence of Aprilia’s V4 engine.

Once on the move, the extremely tall 1st gear is very noticeable, which tops out at a touch above 130km/h. The combination of its focused mid-range torque and silky drivetrain, it is possible to travel in this one gear on urban roads. It doesn’t take much to break the state speed limit on this bike, as it’s always asking for more throttle input. It loves a good rev, and it revels at the high RPM ranges, where it would howl like a massive pack of wolves. The tight handling and massive performance is so good, it’s addictive.

This is the kind of bike that you lose your licence on, and still have a grin on your face from the adrenaline of the whole experience. It’s fun but dangerous, both for your wallet and your legal ability to ride. The bike goes like a bullet train; so fast, so nimble, smooth like a train on rails. For that, I just don’t think it could make it as my main commuter. Sooner or later, I’d be relegated to another Opal user whose motorcycle licence was taken from them.

My friend, Walter, also had a massively great time on my Panigale. Check out his little social media posts! 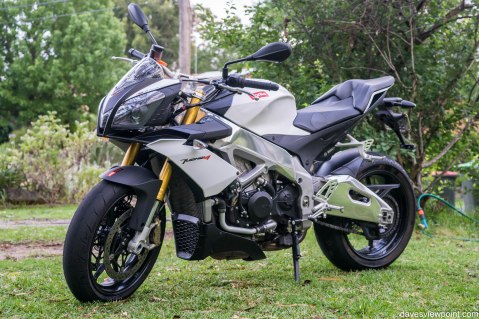 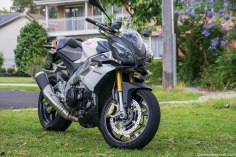 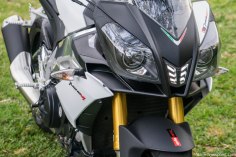 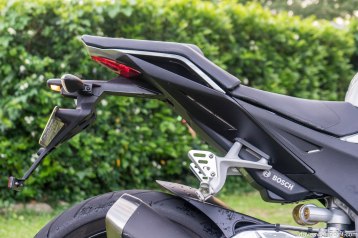 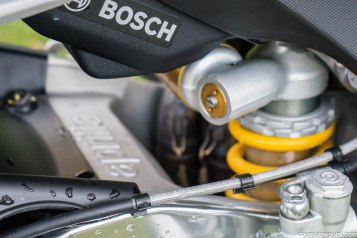 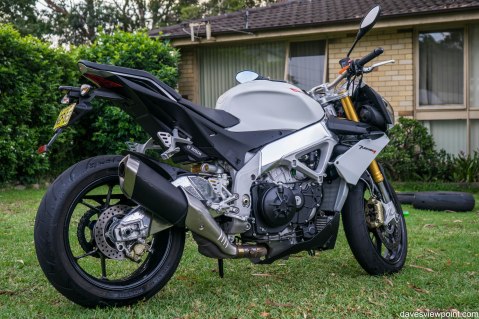 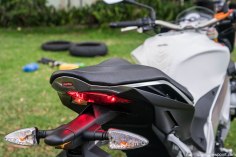 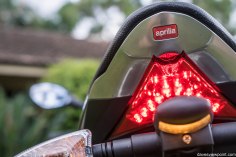 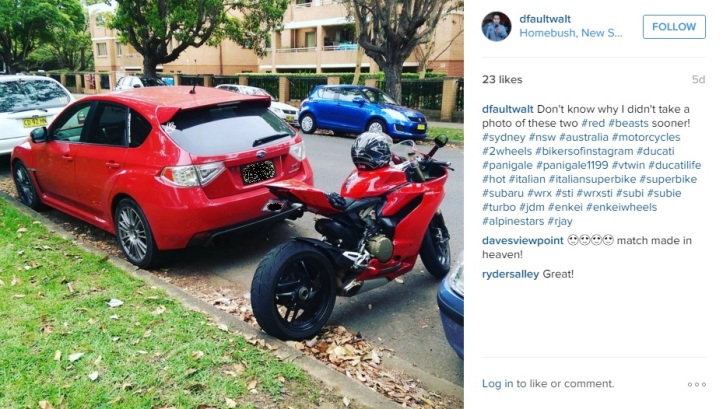 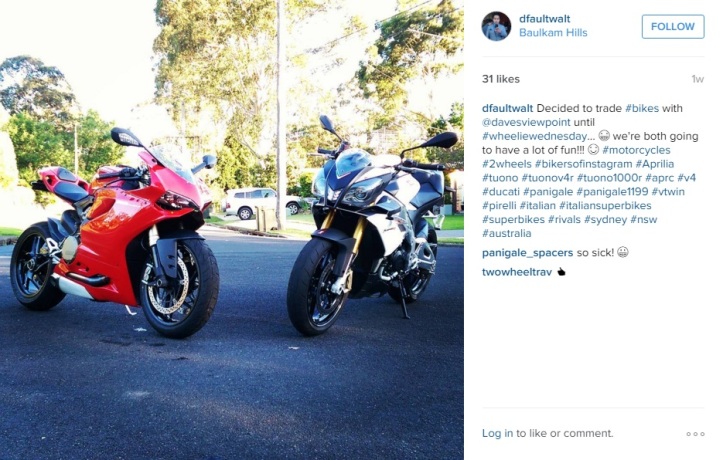 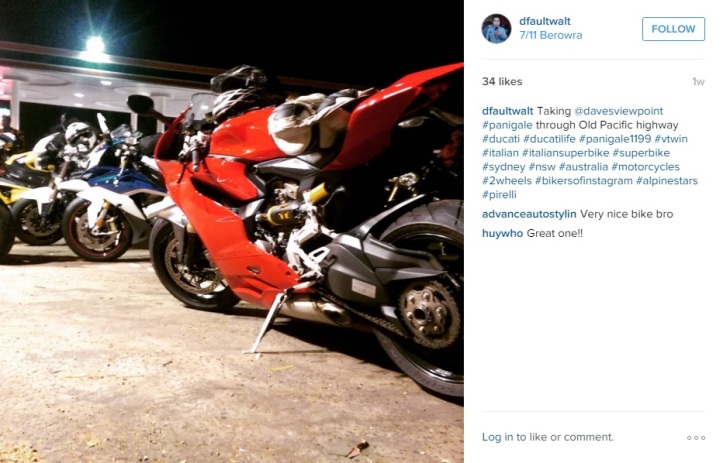 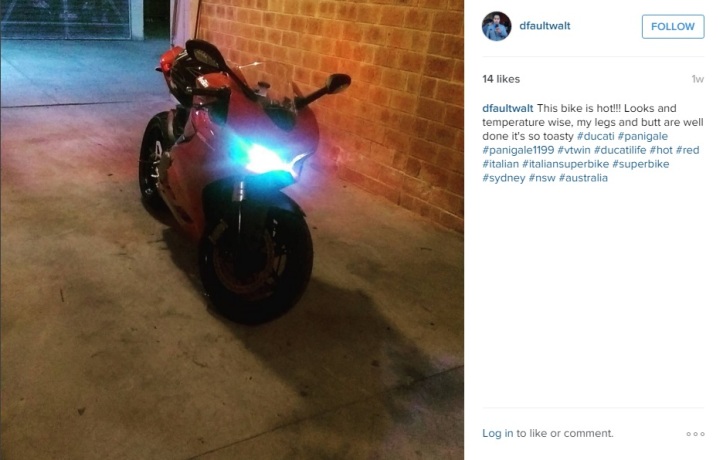 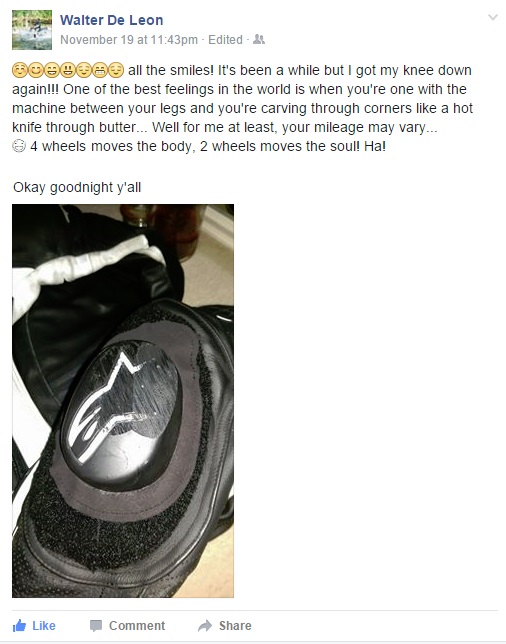 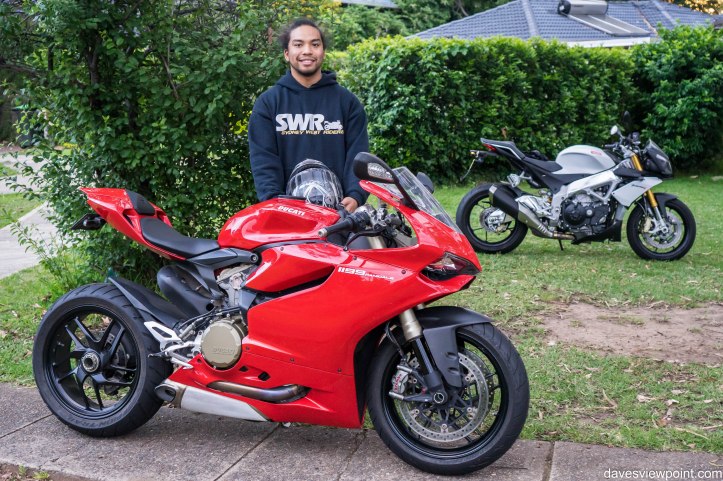