Six months has passed since my last tyre change. As you may be aware, I run the Pirelli Scorpion Trail set on my 1199, which are the same as those that come standard on the 2010 Ducati Multistrada 1200S that I rode before. I’ve always favoured the versatility of these tyres, which is the reason why I’ve stuck with them even on the Panigale, allowing me to venture on surfaces that the Diablo Supercorsa SP would stand no chance at all. 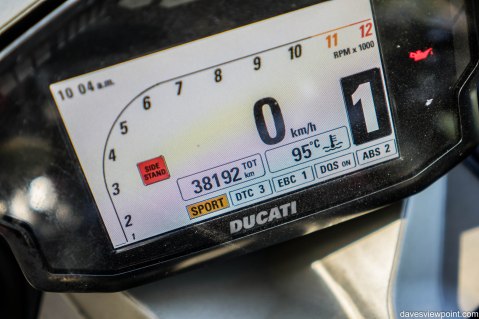 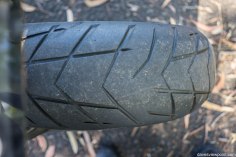 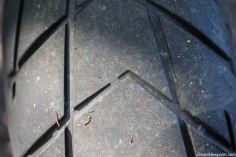 It’s done an excellent job in hitting the twisties with aplomb, scrambling across gravel trails with decent composure, gliding across the interstate highway with ease and survive a few wheel spins now and then. It’s even offered me a second chance, when a nail threatened an untimely puncture, only to have been bent in a way that prevented the tyre from penetrating the tyre completely thanks to the thicker tread. In short, it’s been the ultimate do-it-all tyre for my style of riding.

The original Scorpion Trail tyres were installed as part of the major service, done at approximately 26000kms, when it was sent off to David’s workshop at Moto Tecnica. A total of around 38000kms on the odometer by the time the tyres reached the wear line equated to 12000kms of reliable motoring, which puts it on the lower end of the longevity spectrum for a touring-oriented dual sport tyre.

The original Scorpion Trail exhibits a very soft compound that, while it offers an excellent compromise between tarmac and unsealed surfaces, does not help with its fast-wearing habits. A good touring tyre can last around 20000kms, so you are essentially losing 8000kms on this rubber, a glaring omission if a whole loop of Australia is something in mind.

The second iteration of this tyre, called the Pirelli Scorpion Trail II, aims to improve on this aspect buy utilising a compound that, to the touch, feels very similar to the Pirelli Angel GT (in contrast to its softer predecessor that feels more like the Supercorsa!). The new tread pattern aims to improve wet weather performance and to also promote a more consistent wear.

I’ve had my new Scorpion Trail II set installed by BNH Motorcycles for a total of $600. This makes it $20 cheaper than the original Trails that would have costed me $620 all up. I found that it was interesting to know that a new and apparently improved tyre would be priced below its predecessor, so I am naturally suspicious about how this latest tyre would stack up for my use.

A new tyre means only one thing (at least when I have the time!)… A run up the Old Road! Since it’s still a new tyre, I took it relatively easy, but it seems to go okay without any unexpected changes in movement or grip. It’s a little hard to tell if it’s improved or worsened over the previous model at this stage, but we’ll see how it goes as the weeks and months go by, particularly on how it performs in the wet and also the maximum life that I can get out of it. For now, though, I’m just happy about riding on a fresh pair of rubber; very much similar to that feeling you get when you get a new pair of undies… 🙂 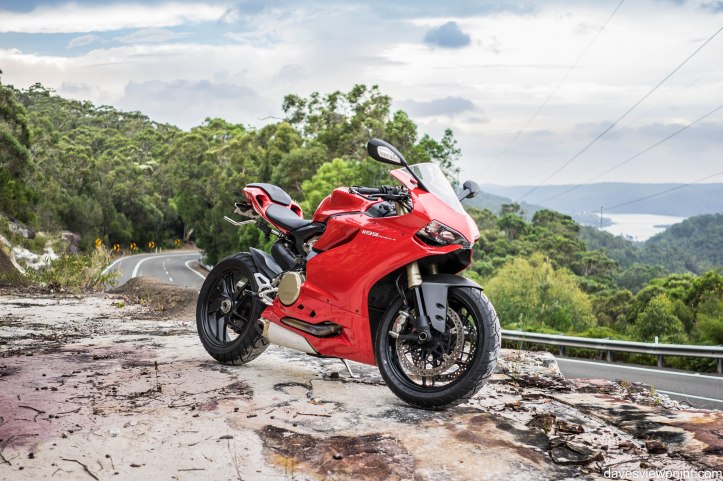 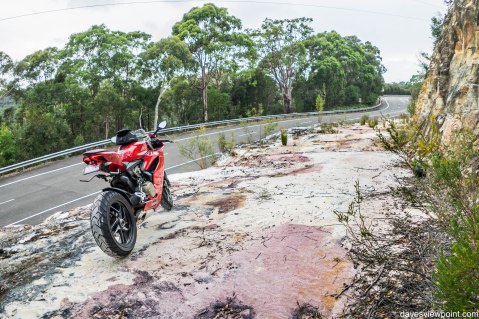